Laura Rattray  is the founder of the Transatlantic Literary Women Series. She is Reader in American Literature at the University of Glasgow and Director of its Hook Centre for American Studies. She has teaching and research interests in American literature and culture, modernism, women’s writing and gender, transatlanticism, Edith Wharton, the writer in Hollywood, editing and archival research. Laura created the senior honours course in Modern American Women’s Writing at Glasgow University as well as courses on American Fiction of the 1930s and American Literary Modernism. Laura’s books include Edith Wharton in Context , The Unpublished Writings of Edith Wharton and Edith Wharton’s The Custom of the Country: A Reassessment. She has also published on F. Scott Fitzgerald, writers of the 1930s, the Hollywood novel, and neglected women writers.

is a PhD student at the University of Stirling, where she is researching ‘Ethical and Moral Responsibilities of Publishers in the 21st Century’. Previously on the committee of the Society of Young Publishers Scotland as a Marketing Officer, she is now the Media Coordinator for Independent Publisher Red Press. Chiara also covers Scottish Publishing and Literature on CommonSpace.

Anna Girling is a PhD student at the University of Edinburgh, where she is working on the American writer Edith Wharton. She has a longstanding interest in women’s writing of the early twentieth-century. Anna is Member-at-Large on the Executve Board of the Edith Wharton Society (https://edithwhartonsociety.wordpress.com) and the Postgraduate Representative on the Advisory Council of the Institute of English Studies (https://www.ies.sas.ac.uk/) 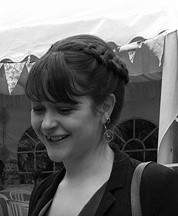 Saskia is a PhD candidate at the University of Glasgow,  her research focuses on representations of animals in the works of Charles Darwin and Virginia Woolf. She has published on Katherine Mansfield in eSharp, and on Woolf in the Virginia Woolf Miscellany. Saskia also writes prose and poetry, published in zines including FRONT HORSE, Datableed, SPAM, Zarf, and Adjacent Pineapple.

After completing her undergraduate studies in at the Sorbonne Nouvelle University (Paris, France), Marine graduated from the University of Glasgow with a Master’s degree (MLitt) in Modernities in 2016. She is now a PhD researcher at Cardiff University, where she works on Angela Carter, thing theory, and materialism. She coordinated TLW’s collaboration with Northlight Heritage. She is also interested in all things digital communication, and reviews theatre for the website Plays to See.

After graduating from the University of Glasgow with an undergraduate degree in English Literature in 2017, Louisa is now the Creative Responsibility Assistant at Penguin Random House. A campaigner for period positivity with an interest in the intersections between books and social justice, Louisa helped run Transatlantic Literary Women’s online book club. 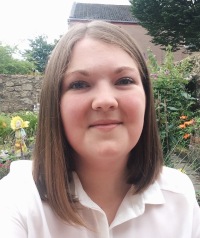 Sarah is a first year History PhD student at the University of Edinburgh. Her research interests lie primarily in late twentieth century American political and cultural history, as well as the ways in which literature can be used to enrich the study of these subjects. She completed her MA in English and History at Edinburgh and an MLitt in American Studies at the University of Glasgow. Alongside blogging for TLW, she has also written for the Oxford Culture Review, Project Myopia and Pubs and Publications. 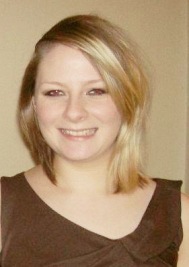 Kari holds a Masters degree (MSc) in US Literature from the University of Edinburgh, having previously completed her undergraduate in Classical Civilisation and English Literature at Glasgow University. She has returned to Glasgow to undertake a PhD in American Studies. Her research interests include F. Scott Fitzgerald, the role of alcohol and waste in his writing, and the Hollywood novel genre, the latter of which is the focus of her doctoral research.

Get to know us!

Keep up with the TLW Podcast